I started writing this blog some time ago with the intent of writing about lockdown and what we have been up to and the wonderful news that we were expecting out 3rd baby, however part of me was also unsure about talking about it openly I’m not really sure why, with both my previous pregnancies I happily posted pics of my growing tummy and the impending arrival, either way I was stuck on the blog and what to say and so it sat in my drafts and time went on.

Then at 7 months pregnant we were left shattered by the news that we had lost our precious and most wanted baby girl. Two days after finding out, I was induced to have her and after 6 hours of labour she arrived, peaceful, perfect and asleep – we named her Daisy. 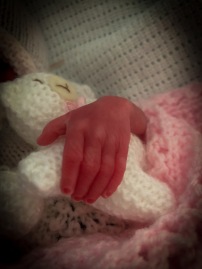 We all know the saying that ‘time stops for no man’, but after this loss, another major loss in my life after losing my mother when I was young, it has been resonating with me more and more. I felt this unwavering need to not stop, too gather up my children and keep things as normal for them as possible and because carrying on is the only thing you can do. Death seems much more tangible and possible when you have experienced loss so closely.

Coming home from the hospital was painful beyond measure, physically I was hardly able to stand and mentally I was broken seeing her little empty bassinet and the clothes and blankets we had saved for her from our other children. I’m the kind of person that when something bad or distressing happens, I put my armour on – i’m good at it, it means I can carry on. There is also a sense of inbuilt fear that no day is promised and I want my children’s memories to be abundant of us and each other and filled with happiness. I tried to keep the waves of tears for when I was alone or with my husband, but they would sneak out as I sang nursery rhymes to my children in the evenings.

‘There is a sacredness in tears. They are not the mark of weakness, but of power. They speak more eloquently than ten thousand tongues. They are messengers of overwhelming grief, of deep contrition and of unspeakable love.’ – Washington Irving

So with that, though it may seem strange, I straight away put everything away back up in a spare room and 2 days after giving birth we were on the road fulfilling a pre planned week of road trips to various stately homes and farms etc for the kids, was it the best idea? physically definitely not, but mentally I had to do it, the other option of staying home alone, miserable and heartbroken was not an option and I definitely was’t going to leave my poor equally heartbroken husband to do it alone. We did it, it was hard but we did it.

Without Brute I don’t know how I would have coped, he was really the one holding us all together, he was taking on the bulk of everything, forcing me to rest, dropping off and picking up the children from school and nursery. checking in on me all the time, he was our rock and the kind hearted hero we know him to be all whilst also dealing with the loss of a child. He actually wrote me a letter recently about all of this which was far more eloquent and beautifully written than what I’m putting down here. But what I want him know simply is we love and appreciate him more than he’ll ever know.

Daisy’s funeral was two weeks ago, it overwhelming and didn’t seem real, but honestly there is nothing like children to keep you grounded. Stella certainly doesn’t understand exactly whats happened though she knows Daisy is her sister and Rex though he understands Daisy isn’t coming home and is sad about that he doesn’t get the concept of death and nor should he need to. We let them run care free round the church and as my poor husband was trying to read his beautiful eulogy they were trying to blow out the candles and pull down the flower displays. Then that afternoon Rex was doing his homework and he had to fill in a page that asked what the best thing he did this summer was, his response was ‘can I put seeing Daisy’s little box’ (meaning her coffin) hmmmmm probably not the best thing to read out to a class of 4/5 years olds but I must say it did put a smile on my face after a rough day. Sometimes what you need is the honesty of a child.

It’s been 6 and a half weeks at the point of writing this since losing Daisy now and since then I have still mainly wanted to cocoon with my family. the days are up and down and all around. I remember a perfectly true line that Suze Rotolo wrote ‘Time heals, after all – although the clock that marks that kind of time has no hands’.

We have been so lucky that our dearest friends and family have been so wonderful checking in on us, sending food, flowers, chocolate, you name it, we felt this enormous amount of love, it enveloped us and helped tremendously. I think of her everyday and always will, I still find myself tearful (yesterday the tears slipped out while I was on the bike at the gym, with some poor elderly gent next to me trying to avoid eye contact). I think I feel stronger and thats a good thing. Healing is messy and there is no timeline for it, that much I know already.

Grief is like the ocean, it comes in waves, ebbing and flowing. Sometimes the water is calm and sometimes is is overwhelming. All we can do is learn to swim.  Vicki Harrison

I made this video during lockdown. Forever grateful for my children, family and for Daisy.