Have you ever wondered how it could be possible for Jeff Bezos, the inimitable force behind Amazon, to be worth a whopping $137 billion – well in the lead up to my children joint birthday party I found out…It’s down to my husband and I.

I knew before the party that we had a verging on dangerous relationship with Amazon, relying on it for any and every last minute need. But as we got closer to the day in question the deliveries starting mounting at an unprecedented rate, everyday we were receiving several parcels and at this point I had not once but on several occasions been stopped whilst out walking the dog by the delivery driver, sometimes just to say Hi as I now saw him more than my own family and sometimes to say he had yet more parcels and should he just leave them in the front garden if I was going to be out for the day. We had gone beyond the awkward stage of when you open the door a couple of days in a row to the same delivery man and do that awkward chuckle and a bit of a ‘yup its me again smile/grimace’ we had now grown to be acquaintances, maybe even friends.

This was our first full on, firing on all cylinders childrens party that we had thrown, Rex was turning three and is now at an age where we couldn’t get away with essentially having a party for ourselves with our friends whilst the children, mostly unable to move sit around dribbling, cooing, giggling and crying. Instead he told us in no uncertain terms that he wanted a super hero party with lots of cake (Stella, who was turning 1 sadly didn’t get much of a look in when it came to the theme) and Just like that, like any good bossed around parent we set about planning this double whammy monstrosity. 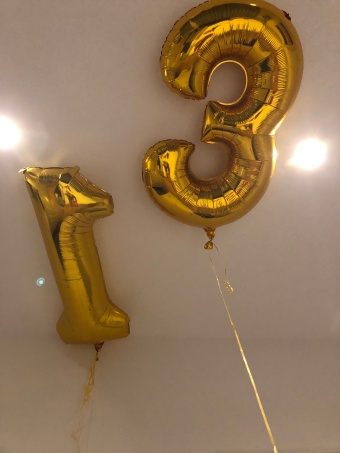 We booked the venue and then I set about finding an entertainer, now having absolutely no idea what I was looking for I went solely on reviews, and found a lovely company called JoJo Fun Kids and after much toing and froing about whether they could in fact provide the correct super hero, Spiderman was booked. Spiderman, also known as Dom, called me to introduce himself, I knew almost has soon as he’d said ‘Hello Sophie, this is Dom’ that a springy, camp and almost certainly a musical theatre practitioner was on the other end of the phone and naturally was thrilled, we clicked immediately. It was only post party that my darling friend who has his own events company gently raised his eyebrows when I said how much we were paying dearest Dom…note to self, must.do.more.research.

Then it was down to the nitty gritty and this is really where things pick up pace, because I don’t know about you, but once the big things are in place (venue, entertainment) its down to the fun part, the details and this is where Mr Bezos starts ringing up his enormous bill.

Me: ‘OMG look at this amazing Hulk outfit’ ADD TO CARD

My Husband: ‘oooooh and these huge Hulk Gloves ‘ADD TO CART’

MY Husband: ‘and face paints, we could paint him green too (event though he’s wearing a suit) ADD TO THE DAMN CART

Then onto Stellas outfit..oh and ours… 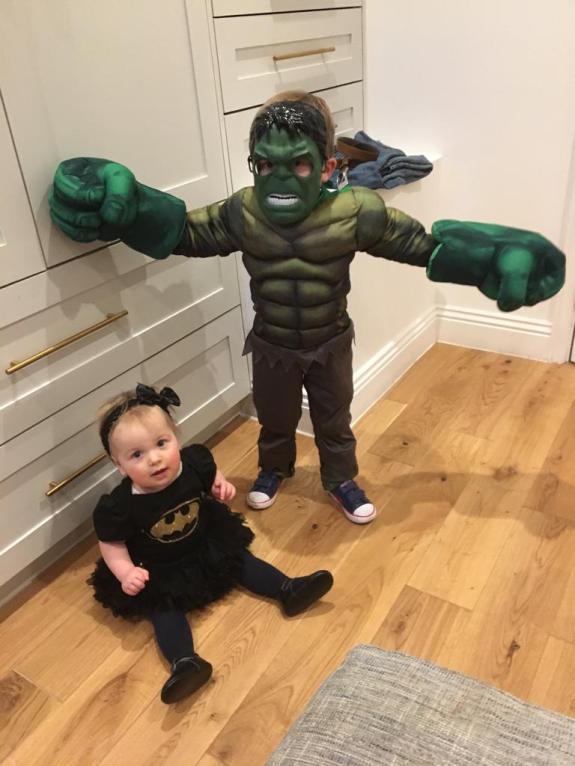 Outfits on point thought, so totally worth it

Cake – I actually home made both of the cakes but hell would freeze over if we didn’t quickly add in some edible paper super heroes to pop on top of them  – Amazon here we come! 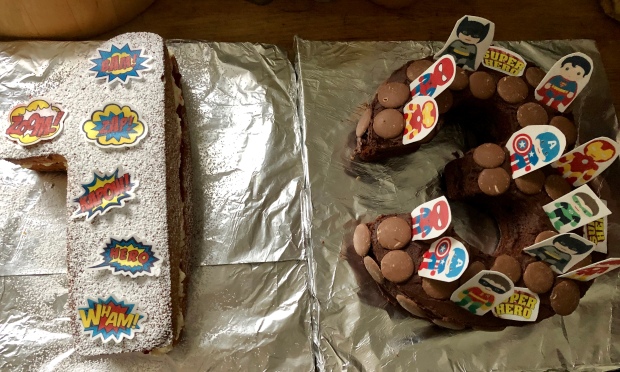 Just showing me cakes off

Balloons – I left the shop (yes an actual physical shop) with 10 huge balloons plus a bunch of normal ones thinking how nice and seemingly extremely lucrative it would be to own a balloon shop – I would be rich without hardly needing to do anything.

More Balloons – Hmmmm not sure if we have enough balloons, ill just nip onto Amazon and buy some more, sure why not.

Now I am actually all for small brands and I do my best to buy from them, but when it comes to dealing with this kind of situation, Amazon is your one stop shop, it’s also our one stop shop for every random thought that we have and think we therefore need to buy: Horrendous Polyester Fancy dress outfits, boxes of 10 roles of wrapping paper, 3 million straws etc etc i’m just V jealous I didn’t think of this before Jeff

The party was in fact a huge success (thank god) and Dom was everything I had hoped for and more, he arrived bang on time though possibly looking ever so like he had come straight in from the night before, I imagined him slipping out the doors of G.A.Y dressed to party and straight through the doors of our local church hall  dressed head to toe in his finest polyester spiderman outfit, which really left very little to the imagination. That said, he had the children, all 30 of them, singing to the beat of his drum, screaming with laughter (as were the parents as he dropped innuendo filled comments, leaving some of the fathers blushing for their lives) and when his part was over they followed him quietly and in a perfect line through for tea…whilst I stood thinking how many years of ageing he had saved me.

I mean look at Hulk (AKA Rex) rushing over to meet Spider-Man (AKA Dom).

Once tea was finished, E numbers had reached peak highs and sugar crashes were just around the corner we packed up the enormous amount of mess that children have a wonderful talent for making and made our way home, children straight to bed, us straight towards anything with a cork…and relax. 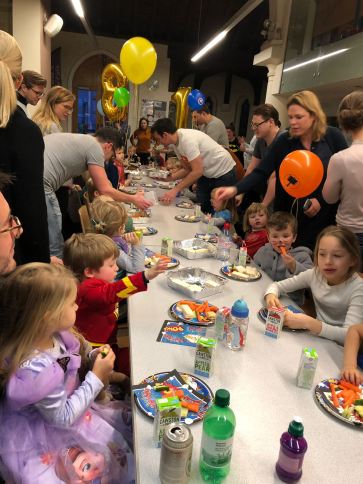 The site of 30 children chowing down without a care in the world, surrounded by a tonne of manic parents

So party done, Bezos et al significantly richer and us significantly poorer party season is over for this year. It is to my absolute relief that the childrens birthdays are both in January as they will be having joint birthday parties until they are old enough to come to us with a bullet proof argument as to why this is no longer possible.