When I found out I was pregnant I was always SO sure I was going to go back to my job once my maternity leave had finished. I wasn’t going to be one of these people that let having a baby change the way I went about my day to day life (not too much anyway) plus who doesn’t need a pay cheque??

I know that’s naive but I think that’s how a lot of Mum’s-to-be think. But boy did I have a 180 turn when Rex arrived into this world, the thought of going back to work made me nervous and sad, I didn’t want to be away from him 5 days a week and not only that, working in events I would be out on week nights and some weekends too. Time was ticking along and I knew the date for return was looming.

I decided the best thing was to meet with my boss and see what my options were/if there were any at all, so we met for coffee. I was lucky as I had a great relationship with my boss and he is a father himself who was due a second baby just after me, so he understood the predicament I was in. He asked me what it was that I felt I could manage with if I were to come back to work, offered me 4 days a week instead of 5 and said he would try and give me events that would be booked in as early as possible. It wasn’t ideal (i’m not sure there is an ideal in this situation), but the fact of the matter is, the flexibility was offered and I felt totally looked out for. Ultimately he left the decision to me and offered total support in what ever that decision may be.

I think deep down by the time it got to that meeting my heart had made up my mind for me, I didn’t feel ready to go back to work, I wanted to be with Rex as much as possible. I was extremely lucky to be in a position where I could choose to not go back to work and I am extremely aware of that and don’t take it for granted.

It was only a few months after making the decision to leave work that I decided that actually I wanted to do something, but something on my own terms, I love being at home with Rex but I needed something for myself also. I started looking around at options of which there was basically none. It was five days a week in an office or don’t bother. So I decided that now would be the time to take that step and set up my own food company. Its a strange feeling as I am SO excited to be able to set up my own company but i was also shocked at the lack of options out there in the working world. In the meantime as obviously setting up a new company and having a one year old to look after isn’t enough work, I then came across a company called Designated PA, it’s a virtual PA company specialising in providing small businesses, entrepreneurs, consultants and private individuals with a dedicated personal assistant, on a remote working basis. I hadn’t seen anything like this before, it was basically offering clients flexible, reliable and first class support without the commitment of a permanent employee and from the PA side you could ask for as many hours as you wanted to and heres the clinch point, you could do it all from the comfort of your own home, thus still being able to spend as much time as I wanted with Rex. So I contacted them and signed up to do a (rather mini) 20 hours a month – I didn’t realise how much I would enjoy it, I remembered how much I loved being able to get stuck into work and making my own money and though I won’t be challenging the bankers of this world with my 20 hours a month, who cares. The company is made up of a small group of like minded extremely professional women most of whom have children and wanted be with them as well as be able to work – aside from the fact I love my clients it also feels great to be part of this group of women breaking the mould.

The reason I started todays blog was because of a blogger I’ve been following for a while (how stalker like does that sound!!) Mother Pukka, she noticed and wrote about the issue with inflexible working. 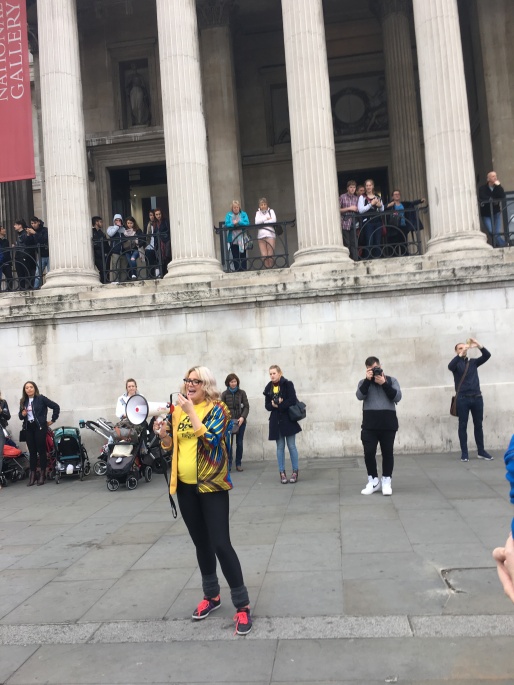 Mothers who want to or have to work are inevitably left stuck between work and being with their children, I was lucky it seems to be offered some flexibility if I returned to my old job but it sadly seems that I am quite a rare case and that the majority are left feeling like they see their children only on the weekends – picking your child up from nursery at 6pm usually means you see them for all of 15 minutes before its time for bath and bed. Surely our priorities are all in a mess if we are’t offered some kind of flexible working? Surely as long as you get the job done it doesn’t matter where or what time you do it? I do the hours that I do around being with Rex and sometimes that’s in the evening on the sofa. Now don’t get me wrong I am fully aware that not all work can be done from the comfort of your sofa, a Dr cannot start inviting patients over to his house while they chat about vomiting bugs in front of  Eastenders, but someone who has a relatively 9-5 (who works till 5pm anymore? You’re death-stared out of the office if you leave before 6pm) job and mainly based at their desk and has some common sense can prioritise their work and do a day or two of it at home? 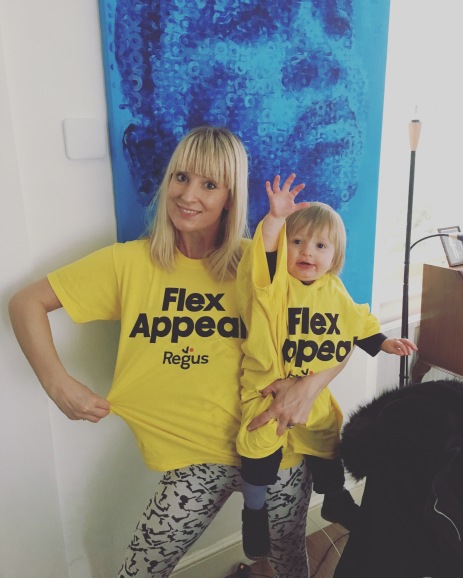 God I’ve really gone off on a tangent, but to bring it back to the beginning basically I went to my first ‘rally’ (it was actually a flash mob dance but rally makes me sound v radical) for Mother Pukkas ‘Flex Appeal’ campaign that she has been tirelessly working on.  Around 400 of us rocked up to Trafalgar square dressed as lunatics with children literally everywhere running amok and we danced like mad people while the BBC filmed us – Mother Pukka was there leading the charge at 30 weeks pregnant and hugging everyone that arrived, maybe even people that weren’t there for the rally but who cares! 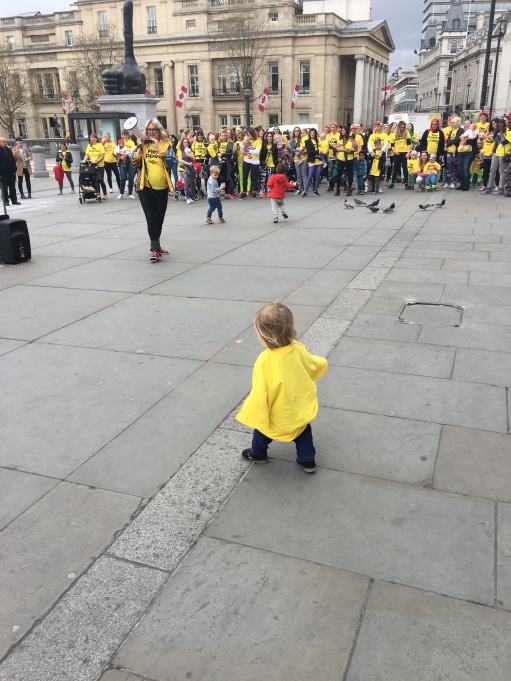 For more information on the campaign go to her site http://motherpukka.co.uk and read her blogs, check out her instagram if you haven’t already – she is fighting the fight that we should all be getting behind, employer and employee. If not for us, then for our children – no one should have to choose between being able to survive financially and seeing their own children – let’s help fix the system. 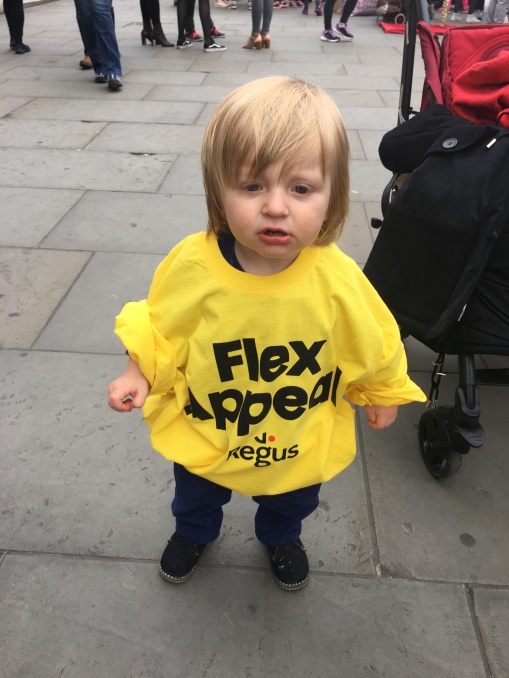